"Back, caught you looking for the same thing, it's a new thing- check out this I bring"  No, it's not a Public Enemy song, it's a handful of some excellent new records springing forth in this most excellent of Springs!  Contained within are some returns from veteran acts, as well as a few new bucks.  I have to constantly check myself to ensure that I do not simply cater to bands from my youth making their unwelcome comebacks, but give a positive nod to the endless sea of new music making the rounds as well.  I am constantly checking out new music so I feel like I'm good.  And I think, all fanboy gushing aside, that some bands that I have enjoyed for the last 15-25 years are still making (or returning to making) worthwhile contributions to music on the whole.  So with that being said, here's what's up: 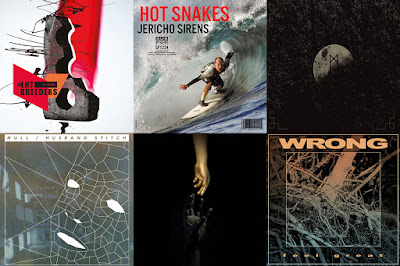