SUMMER'S DONE. READ REVIEWS AND GET OVER IT.

As the season comes to a close I realize I was just bum-rushed with a plethora of awesome records.  So much stuff that is really right up my alley in terms of what I tend to dig the most.  And a bunch of it shows up here is this review block.  So get cozy, read on, and really give some attention to a bunch of groups that are excelling at making my ears happy.
Oh yeah, Hex Fest is really happening at the end of the year.  You saw the thing about Achilles playing here, right (ahem, look)?  Yeah, stay tuned because in a few more days I'm going to give a few more details on things.  Don't be stupid, keep an ear to the ground, or an eye to the sky because I only advertise using subsonic thumping transmissions and smoke signals. 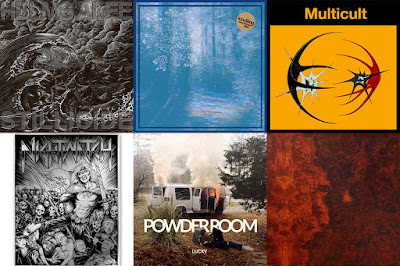