TAXA TEST PRESSES ARE IN!

Got these a couple days ago and just waiting for the rest of the tests to get up to Canada so the band can give their say on things.  If they give the green light it will be off to the presses and we can start doing pre-orders.  Get excited. 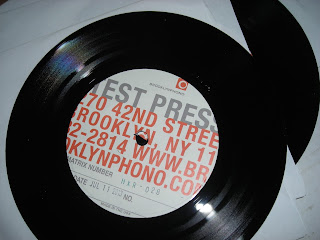 Posted by Hex Records at 9:55 AM No comments: 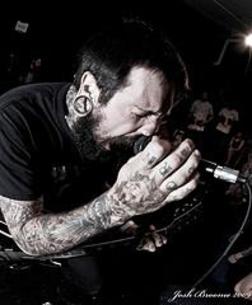 So this seems wild, but THE HELM are doing a West Coast tour with Earth Control (formerly known as Owen Hart) this month.  No shittin'.  Here's the dates:
*Just Earth Control

Get it on like it was 4 years ago and see these dads (and dad's-to-be) wreck shop.

If you never got their most recent full length, "Home", you can order it here:  http://hexrecords.bigcartel.com/product/the-helm-home-lp-cd
Posted by Hex Records at 4:02 PM No comments:

Here we are on another anniversary of terrorists taking over America (get it, because WE'RE the terrorists?!  Who says I can't be edgy and controversial?) and I have some records that have been rocking my ass this Summer.  Plus, in another couple of days I'll be incommunicado for a couple weeks as I go to a little place called Hawaii and un-stress for a bit.  I heard it's a good place for doing that.  So, I may as well put some content up here before I leave town.  Read on and listen to records instead of fireworks. 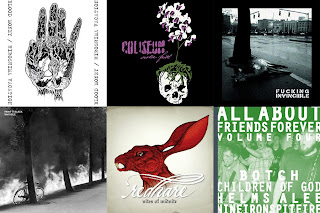 BLOOD MONEY/ HIROSHIMA VACATION split tape
Both bands on this split represent two different types of Upstate NY hostility (no, not Winter and road construction).  Blood Money, of Syracuse, is slow, hateful, and sludgy.  They unleash two songs, both quite long.  The second starts off with a very KARP-esque tone, but slowly descends into Eyehategod-style murky heaviness.  I felt the noisy deluge at the end was a bit unnecessary, but that’s why you have the first 12 minutes or so to feel the weight of their riffs.  Hiroshima Vacation is on the flip side, representing hippie-drippy Ithaca (AKA, smartest town in America!) and has weird flourishes, distinctive of their town, sprinkled amongst their speedy grindcore.  The recording on their side is pretty wack, especially given that these songs rip, and sound great live when I have seen them.  They roll with a sort of Iron Lung harshness, meets Daughters first record guitar fuckery, meets some weird electronic vibes making this a band all their own.  It’s really wild shit and I guess my description makes it sound a little hokey.  But you gotta see them play because it’s pretty awesome.  (Pirate House!)

COLISEUM, “Sister Faith” LP, “Sister Chance” 7”
What can I say about Coliseum?  I’ve seen them dozens of times since they formed, I have every one of their records, they are generally a sure shot.  So why is it their new record isn’t really doing it for me?  I’ve given it a lot of tries, thought it might be a grower (which their last full length, “House With a Curse” was in a big way and ended up being a favorite by the end of the year), but it’s still hitting me the same way.  And that is a resounding, ‘yeah, it’s pretty good.’  The short answer to this is that it feels like they took the sea change of “House…”, made it a little more straight forward, and got too comfortable.  It’s not to say the songs are bad, but they don’t strike me as hard as previous material did.  There are some very interesting choices for guest spots on here, including some back-up vocals from Burning Love’s Chris Colohan on one track, as well as some very distinctive guest guitar work from Jason Farrell (Swiz, Bluetip, Red Hare) on another song that add some flavor.  Overall, Coliseum retains their driving punk feel, but even more restrained in a post-punk sort of way.  The newsprint booklet that comes with this contains some of the best layout work front man Ryan Patterson has ever done…  so there’s that.  The accompanying 7” includes two songs that didn’t make it to the LP, one of which is the raging “Not Listening”- a throwback to the heavier Coliseum sound of yore, as well as a Pere Ubu cover.  Weird, but welcome, choice.  (LP- Temporary Residence, 7”- No Idea)

FUCKING INVINCIBLE, “Downtown Is Dead” 7”
So the last 7” was only about 6 months ago and here we get another 8 songs of grind misanthropy.  Actually, is this grindcore or powerviolence?  Actually, does it fucking matter?  It’s fast as fuck and then has a few slow kill parts, and the whole time manic screaming going on over it.  You know what, none of that even matters because you have to see them live.  Not only are they one of the tightest bands I’ve witnessed of this style in years, they’ll blow your nuts off.  Talk about a band whose name is completely fitting.  There is no stopping this record from tearing your face off.  Comes with a face download.  (Atomic Action Records)

PAINT IT BLACK, “Invisible” 7”
Paint It Black, in their very limited existence, continues to be the perfect hardcore band.  They are what hardcore should strive to be at all times.  They are wildly energetic and reactive live band.  Their music goes from the catchy melody of Gorilla Biscuits, to the aggressive stomp of Negative Approach, and the rough nihilism of Black Flag, all the while bringing all those old sounds to the modern age.  Dan Yemin continues to pen clever and meaningful lyrics that actually fucking say something in a way that is not only human and relatable, but also points a finger at those corrupting the world and empowers those who wish to fight against it.  Perhaps it makes things that much more poignant that this band rarely performs live and releases recordings rather sporadically.  Because when they do it’s going to set your life on fire…  rising phoenix style.  (No Idea)

RED HARE, “Nites Of Midnite”
So every 10 or 15 years is Swiz going to reform under a new name and record a record that sounds a lot like Swiz?  Can we make it a lean 5 years instead?  Or will it switch on and off between this and Sweetbelly Freakdown?  That would be great.  I know it’s a different drummer this time (the ever-solid Joe Gorelick of Retisonic and Garden Variety notoriety), but it may as well be Swiz.  That combo of Jason Farrell’s patented guitar riffing- loose, yet technical and melodic, made for busting out a skateboard on some filthy old half-pipe in your friends backyard- and vocalist Shawn Brown’s distinctive bark is the key to the formula and no other band can get it down they way they do.  Opener “Horace” is the best example of this, and adds a touch of Farrell and Gorelick’s more technical chops with a machine gun chikity-chik riffing.  From there it just continues on with the aggressive melody and rocks the shit out of whatever you may be listening to currently.  My only gripe with this whole thing is that it’s only 8 songs, most of which are pretty short.  I’d love to hear a few more songs out of these guys, but who knows how long this will last.  (Dischord)

V/A, “All About Friends Forever vol. 4” 7”
If you never had the original All About Friends compilation than you are probably too young.  If you’re old enough to remember it and don’t have it than you may be a chump.  Thankfully for youngins and dullards, the whole comp is being repressed as a series of 7”s that have the original tracks, as well as a slew of new material from current bands.  Each 7” has two new songs/bands, and two tracks from the original comp, all housed in a neat package that is more of a zine that record cover, and goes into detail about the connections these bands (new and old) have with one another.  This particular volume has the massive Helms Alee covering (quite proficiently, I might add) “Magic Man” by Heart, as well as the other Verellen brother in Botch covering the B-52’s “Rock Lobster”.  Additionally, you get a new song from SoCal noiseniks Children Of God, and the long-lost Nineironspitfire cover of Napalm Death’s “Dead”.  Deal with all that weirdness suckers.  I can.  (All About Friends)
Posted by Hex Records at 7:17 PM No comments: