The new year is upon us and one miserable month already has passed.  Yes, January is the time to hibernate, plan, and hope for the Winter to coast on by in hopes of a long and pleasant Spring.  Well, we shall see if that occurs.
So going into this new year I decided that to go with the regular reviews of new stuff I want to add a random review of something from the past.  I am a big fan of stuff that was mostly overlooked in it's time of release and there are definitely some gems out there.  So I figured I'd toss something in there.  Expect that as a regular on going thing from here on out.
In this month's reviews it's a pretty mixed bag of music, film, and comics...  a nice slice of variety to start off 2016.  Read on and get shwifty. 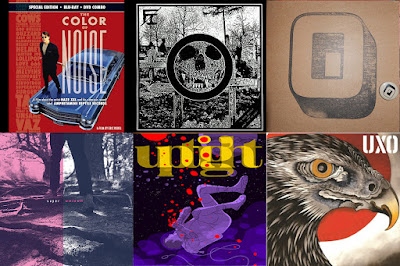