THE REVIEWS MARCH ON

They march on because of the month.  Get it?  Anyone?  No?  Crickets?  OK, well, be happy this shit-ass season is almost done with and people can actually go outside their cave dwellings and experience life.  As for myself, wrapping up the last details for Translate #8 is happening.  I managed to write up some stuff about records and books as well because what else is there to do when it's sub-zero out than read books and listen to records?  Oh yeah, people often make babies during crap weather too I guess.   Meh, kids...  I'll take cats and music instead. 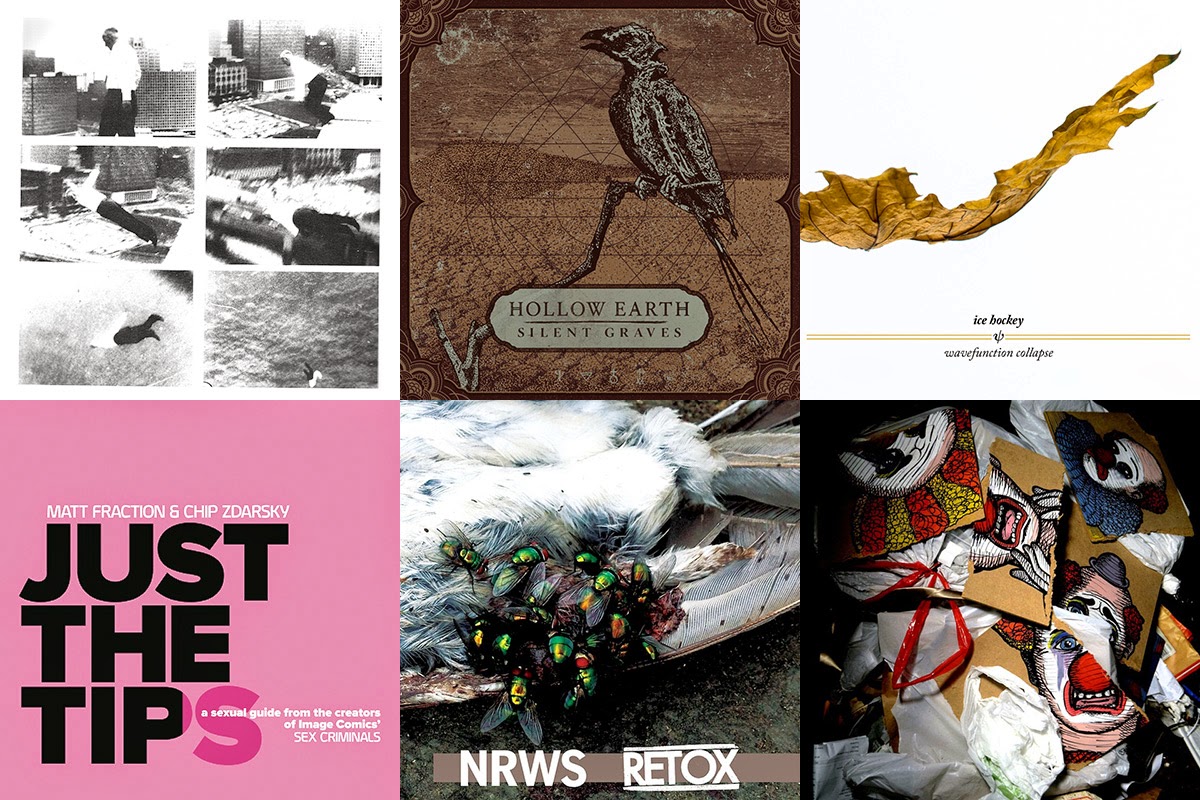 AFRO NIPS, THE, “Get High”
Two guys, Syracuse, misery, lots of cigarettes, drums and bass.  I know they really like Death From Above 1979 and make no qualms about ripping that sound.  So there’s your basic description.  I would venture, though, that the Afro Nips give less of a fuck and prefer to make their homage more on the noisy side.  So take that as you will because there’s about a dozen tracks here for you to get piss drunk to and wake the neighbors with.  (Aux Records)

BURNING LOVE, “Down So Long”/”Medicine Man” 7”
It’s about fucking time.  You don’t get a band much more balls-out rocking than Burning Love.  These three songs (two on the vinyl, an extra on the download) were recorded over a year ago and are finally seeing the light of day after the band took a bit of a hiatus to reassess their bad-assness (I can only assume that’s the reason for the break).  Turbonegro meets Laughing Hyenas, meets a punch in the face.  Riffs for days, leads out the ass, gravel-throated vocals, fast and mean.  The recording is not quite as meaty as “Rotten Thing To Say”, but the songs are just as good as anything on previous releases.  Here’s hoping they get back on the road a bit and release some more music soon to compliment this awesome little record.  (Deathwish)

ETERNAL SLEEP, “Belief In the Truth Of Nothing” 7”
It’s like all the tough parts of Harms Way meeting up with Entombed’s (and Trap Them) guitar tone.  So yeah, it’s pretty heavy.  OK, it’s ridiculously heavy.  I’m a bit tired, though, of vocalists that have one single tone to their voice, which is set to ‘brutal’.  Mix that shit up a bit dawg.  We wanna feel your pain.  Riffs and mosh, mosh and riffs.  It’s good for three songs, enough to have you punching just the right amount of holes in your wall and not too many.  (Harm Reduction)

HOLLOW EARTH, “Silent Graves”
I’m almost positive that the song “World To Come” on this record was lifted straight from some lost session during the making of “Until Your Heart Stops” and dumped onto this album by Michigan’s Hollow Earth.  I’m not slamming it, but it sounds a lot like Cave-In.  The rest of the material on this rests somewhere between melodic hardcore and raging metalcore, without falling too far into the corny aspects of either sub-genre.  You definitely get a few parts that get all quiet and melodic, but the singer still feels the need to scream at the top of his lungs.  And you also get thrashy- moshy- tough stuff as well.  They manage to meld it all together into a stew that, for the most part, works.  I could do without the ultra-serious (and exceptionally long) bit with the pit orchestra (Get it?  Because they’re heavy?  Pit.  OK, forget it), but they definitely do throw in some interesting arrangements that take them a notch above many run of the mill bands.  The live experience is pretty wild so go see them and get crushed.  (Panic)

ICE HOCKEY, “Wavefunction Collapse”
This reminds me of the late-90’s Makoto Records sound.  It sort of encapsulates everything cool about that label and the varied forms of ‘screamo’ that were offered up at that time (which is all good).  There’s some of that quirky and noodly bits going on (see Quixote), a lot of off the wall hectic parts (refer to Wallside), and a bit more harsh riffing (Thoughts Of Ionesco minus bad street drugs).  Readers will most likely not have a clue about any of this.  That’s why Google was invented.  Look some of that stuff up because it’s great.  Maybe Ice Hockey has some notion of what they’re doing, or what they’re referencing, maybe they’re just making it up as they go along.  Maybe they think this is an LP but it sure feels like an EP to me.  Either way, it’s a pretty good thing they got going on here.  (Texas IsFunny)

JUST THE TIPS, by Matt Fraction and Chip Zdarsky
So there’s this comic called Sex Criminals, which is bonkers.  It’s about a guy and a gal, who separately discover that when they orgasm it literally stops time for awhile.  They each believe they are the only people in the world who have this power.  Then they meet, get down to business, and realize they are not alone in this power.  So they decide to rob banks using this power of orgasm time-stopping.  Hilarity ensues, of course.  It’s one of the best-written and engaging reads I’ve had recently.  So the guys from that book decided to expand upon that comic with this small book that is basically just sex advice that is totally ridiculous.  Invented positions (look up “brimping”), erotic stories, sex tips, dirty talk (“Yeah, lick it like a stamp going on your angry letter to our socialist president!”), true tales of finding porn, true tales of first times, movie reviews (“The Squirt Locker”), pick-up lines (“Ohh boy, are you Issac Hayes, because I’m talking about shaft!”), and more.  Basically, you need to have this book.  Not because you need sex advice, because it’s so funny you won’t even think about getting laid afterwards.  Or you’ll just laugh every time you have sex afterwards, making your partner think they’re terrible in bed or something.  Way to go guys.  (Image)

NARROWS/ RETOX split 7”
So this is Retox?  I guess I’m not too surprised.  It’s weird and noodly, but harsh and eclectic.  It has some of that same bizarre lunacy that The Locust dealt out in spades, but somewhat more organized.  Vocalist Justin Pearson does his best to carry the torch that Sonny Kay left behind after Year Future, but it’s just not as good.  And they cover The Cure, which I will now deduct several points for (I actually have no point system, I just think The Cure sucks).  Up yr game Retox, it ain’t NBA yet.  Narrows will always get a nod of approval because they just know what to do.  I’d say this is on par with other seven inch material they’ve had in the past, which is basically me saying that it’s good but not great.  This band excels with their LPs, both in terms of writing and production.  This sounds a little weak in the recording department (i.e. ‘not as loud’) but gets their basic point across with a couple quick bangers that continue their ripping mathy hardcore attack.  Not quite on their A game, but getting by decently.  (ThreeOne G)

PILE, “You’re Better Than This”
So I know it’s not exactly the same ball park, but how can I heap praise on the new Pile LP when the new Krill record basically destroys everything else this year so far?  So both bands share the same record label, and both bands have a really awesome take on quirky indie rock that basically defies easy categorization.  It’s simply that both bands released records at almost the same time and I was looking forward to each and the other bands won out.  This is not to say that Pile haven’t delivered a good record here.  It takes a long time to sink in.  I’ve listened to it about 50 times and some of it is still sinking in with me.  They continue to create strange songs that have weird beginnings and ends, odd choices for riff arrangements, loud-quiet dynamics that come out of nowhere, and vocals that croon and scream in a way that remains completely their own.  A bunch of the album moves slow and takes numerous twists and turns in the course of each song, so it can be hard to wrap your head around.  I prefer Pile when they’re more abrasive and fast, like on record opener, “The World Is Your Motel” and side B rager “#2 Hit Single”.  They also keep a bit of humor about them (intentional or not) by starting the second side with an abrasive title like “Fuck the Police” and it being the most chill, playing-banjo-on-your- front-porch-in-summer instrumental you’ll come across.  So yeah, a great outing, but you’ll spend a long time getting a feel for the thing as a whole.  (Exploding In Sound)

VITAL TIMES, "Delta" EP
I’m not sure if the band plans on a physical release for this, but either way, Syracuse pop-punkers Vital Times have returned with 8 new songs (one clocking in at 8 seconds) that have a good recording, and a solid sound.  I’ve never been a fan of ‘whoh-oh-oh’ singing vocals in pop-punk, but I’ll give them credit for balancing it out with a faster, more aggressive approach to pop-punk that has more in common with hardcore than radio rock.  So kudos to not taking the common modern approach to a genre that already treads on thin ice with me.  Speaking of thin ice, they title a song simply “Syracuse”, which is about- surprise- shitty weather.  Just in case listeners not from here weren’t aware of our Arctic disposition.  (self-released)
Posted by Hex Records at 6:08 PM No comments: 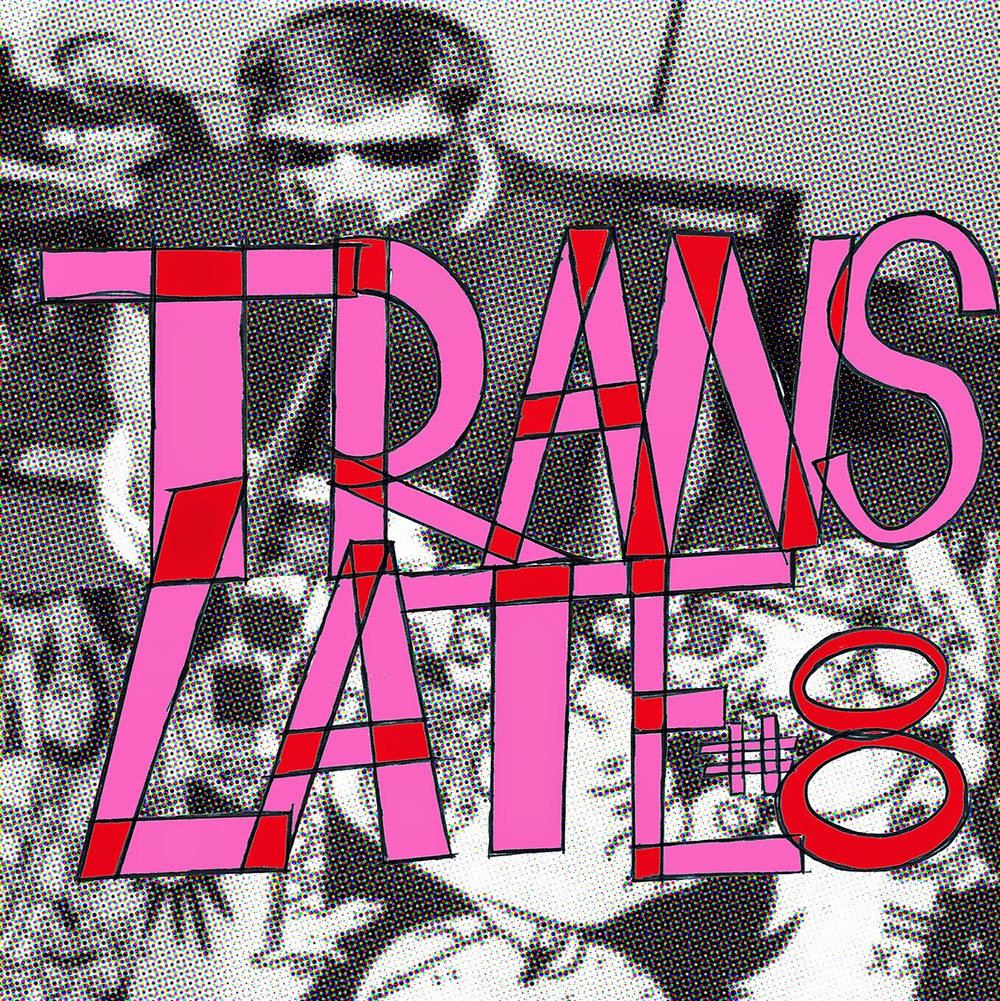 Almost done.
Posted by Hex Records at 8:22 PM No comments: