ANNUAL END OF THE YEAR LISTS!

It's a dumb tradition here, but one we maintain nonetheless where those associated with this label in one way or another get to beef about their favorite stuff from this year.
I enjoy knowing what other people were digging, especially those whose opinions I value. So I always get a kick out of seeing what's on the lists.
Personally, I thought 2010 was a great year. Just overall. Saw a lot of great bands, heard some great music, went a lot of fun places, spent a ton of time in my garden, went to a lot of weddings (strangely enough), and there were no disasters. It was a good year to just be doing what I do, and that's all I can ask. So let's just hope next year goes as swimmingly!

OK, enough babble, here's some lists from a few people I dig. 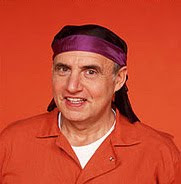 SEAN DOODY, Self Defense Family Man, End Of a Year

I’m awful at keeping up with current music, underground or otherwise. There are some current tracks I’ve dug (“The Weekenders” by the Hold Steady; “I Can Change” by LCD Soundsystem; “Ready to Start” by the Arcade Fire) and some I haven’t (“Barricade” by Interpol is so bad that it makes me wonder why I liked their first two LPs), but I haven’t checked out any of those full albums yet. So instead, I’ve listed my Top 10 new experiences, new discoveries, or what-have-you of 2010:

1. Lloyd Cole and the Commotions, Rattlesnakes. On the recommendation of Patrick Kindlon, I found this album, the Commotions’ 1984 debut, at the library and uploaded it to my iTunes last March. Cole’s lyrics sound like he was born to be a literature professor at a New England liberal arts school; indeed, he now lives in the Pioneer Valley, writing, recording, and playing lots of golf. Ultra-cool Eighties British indie, with a distinct soul influence and a singer who has impeccable taste in books, clothes, and everything else.

2. Taking care of myself, i.e., eating vegan again and quitting smoking. This is simple: I realized I was turning into a cartoon slob from a Replacements video. Quitting smoking was easy, actually, once I realized that I hate being around other people who are smoking. And I’ve felt much healthier and lost weight once I stopped inhaling every Hungarian street sausage or slice of sketchy pizza I could find, just because I hadn’t had it before and it was cheap. Yeah, I haven’t had the mumps either; doesn’t mean I want to give it a go.

3. Reevaluating my record collection. Goodbye, later Gang of Four records. Goodbye, mod revival bands that “sound like the Jam,” except that they can’t come close. Goodbye, every hardcore record I hung onto out of nostalgia and nothing else. Hello, more Talking Heads and Julian Cope and Belle & Sebastian and Pixies records. We’re going to get along great.

4. Dramamine, self-titled LP. End of a Year played with this band in Münster, Germany, on our European tour last spring. Live, they just sounded like any one of the rash of Wipers-influenced bands that have cropped up over the past several years. Feh. On record, though, Dramamine are much more than that. Sure, the Wipers are in the mix, but so are Fugazi, the Jesus Lizard, and – crucially – a strong sense of how to put their influences together to build something new and distinct. Check out Dramamine at the Sabotage Records website and definitely pick up their LP if you can find it.

5. Swans, My Father Will Guide Me Up a Rope to the Sky. Michael Gira is older than my parents and has been playing in bands longer than I’ve been alive, yet he still has a constant desire to make music he hasn’t made before. And I appreciate his approach towards reviving the Swans name: he felt that what he was writing would be better as a Swans album than as a solo album or Angels of Light, so he put together a Swans lineup and that was that. I hope to be as driven a musician as Gira when I’m his age.

6. My new Rickenbacker 4003 bass. I’ve never bought an instrument new before, and I’m thrilled with this one.

7. Being employed again. I appreciate the paycheck, but more than that, my current job has finally solidified the fact that I need to move out of Albany and never move back.

8. Rediscovering my enjoyment of music and writing. Two things that I had felt burnt out on for years, frankly, because I’ve been expecting too much out of them, both as an experience and as something I make. Psyching myself out of enjoying anything is a really bad look, and I’m glad to get away from it.

9. Unknown band whose album I heard on the U-Albany radio station the other week. I have no idea who it was, just that it sounded like the Swell Maps or some other jerky Seventies post-punk band tried to write Damaged. The results were fascinating. I called the station to find out what it was, but no one picked up.

10. Ke$ha, Animal. Yes, it’s beer-and-lifestyle music. It’s not the beer I’d drink, and it’s definitely not my lifestyle, but I can take a peek at both from a distance without having to clean up the puke afterwards. Yes, I’m serious about this.
------------- 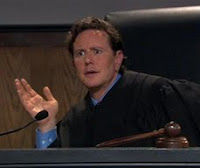 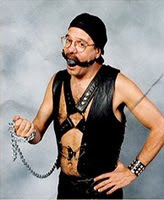 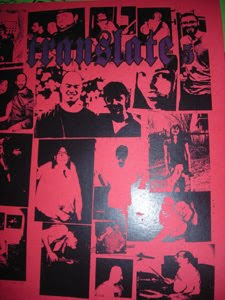 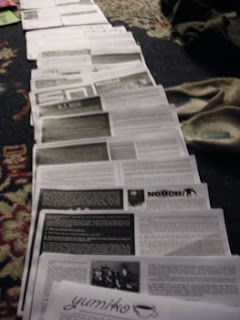 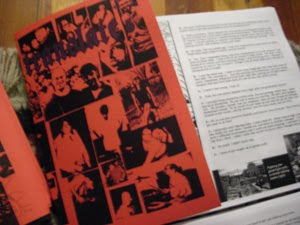 TRANSLATE strikes back! The brand-spankin' new issue that is a big, fat 76 1/2 size pages of nothing but interviews... but with who? Absolute nobodies, that's who. This time around I chose to simply interview almost 20 of my closest friends, ask them about life, growing up, how we met, and all the simple joys in life, as well as the tough times. Stupid kid memories, terrible high school classes, making our way across the country, having children, marriage, adult stuff, and maybe a little music because... well, it's inevitable. Maybe you know some of these folks, but you probably don't. So take a walk in my shoes and see what all the hub-bub is about.
Get it HERE
On a personal note, I've had the idea to do a zine like this for about 5 years now. It's not terribly original, but it sure is rare. I just couldn't wrap my head around how I was going to execute it because how weird is it to ask your friends about things you already knew? So once I did construct a framework idea of how to carry this thing out, and come up with a list of potential interview candidates, I dove right into it. The whole project was completed within one month and somehow I came up with almost 20 interviews and 76 pages. I had to cut a couple out even, as it just got a little out of control and my goal was to be done by Christmas. Well, here we are. So check it out, won't you?
Posted by Hex Records at 10:14 PM No comments:

It's been a little quiet on the blog front lately, but it's mostly because I've been putting a shitload of work in on the new issue of TRANSLATE, which I think will be a really cool one. Aside from that, a lot of snow has been getting shoveled... also, quite time consuming.
On the news front though, I'd like to announce that I'll be releasing the next LIKE WOLVES recording. They'll be putting out a long player on Hex come summer 2011. Recording will take place late in the Winter. Color me stoked, not only because of a long-standing love affair between Rochester and Syracuse peoples, but because there is a consistent wealth of good bands that come from this area, and good dudes in those bands.
Along with that release, OAK AND BONE will be readying their first full length release for the same time. The riffs are getting riffier, and the smoke is getting thicker. This thing will melt your stereo when it is finished, this I do believe.
OK, that is all for now. Coffee and transcribing interviews from now 'til Christmas.
Posted by Hex Records at 9:21 PM No comments: