Hoo boy, this late Winter-into-Spring transition has been a real motherfucker.  Good thing some incredible records have already dropped this early in the year.  I mean, there's a few top of the year contenders here.  I highly suggest readers check out some of the things I have reviewed here for themselves.  Please.  Really.  I mean it. 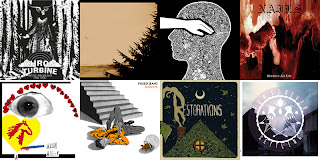