Yeah, it's not just a clever ode to the badass putting this thing out. 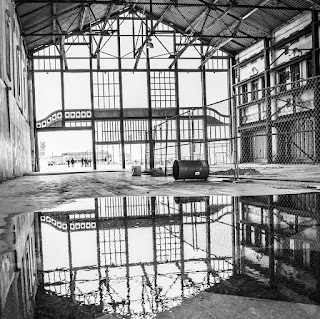 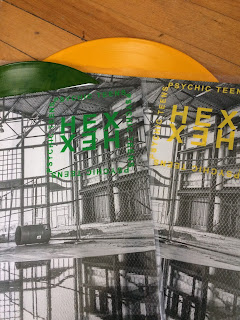 Written during a flurry of creativity immediately following the completion of their last LP, PSYCHIC TEENS return with HEX: a five song EP that showcases their unique blend of post-punk, goth, shoegaze, and noise rock. With HEX, PSYCHIC TEENS set to capture the sensory overload of their live show -- colossal guitars and ear-piercing volume --and combine it with the gloomy mood they have brought on their previous three LPs.

"There is an overreaching theme of overcoming despair and disillusionment ," Larry (Ragone, Guitar/Vocals) says of HEX. "Everyone copes with it in some way or another whether its due to the fucked political climate, personal relationships, an existential crisis, or whatever. You can either deal with it head on or just try to escape and try to ignore it."

Sonically speaking, Psychic Teens deliberately created two very distinct sides to HEX; choosing to place three abrasive noise rock songs together at the start of the record and two of their more sparse melodic songs at the end. "I think HEX Is a good representation of the PSYCHIC TEENS through the six years we've been together. There are moments of overblown screeching guitar as well as some of the more melodic song-structured pieces from that would at home on our last LP."

The album was recorded in October of 2016 by Joe Smiley at Red Planet in Clifton Heights PA and mastered for vinyl and CD by James Plotkin (Mondo, Horseback).

Wanna hear a new song from the record?  Check it out over at Invisible Oranges

Wanna go and buy the record?  YES, YOU DO!  SO DO THAT HERE.

If you live outside the U.S. and want that fucker best bet is to order HERE for a good deal.
Posted by Hex Records at 4:25 PM