It has been a wild last few months.  I've traveled everywhere, seen tons of shows, done lots of stuff and now that summer is over and fall is kicking in I am moving across the country, so truly, there is no rest for the wicked.  And now that that crazy moving sale I had is over I can leave readers with this- a batch of reviews covering probably the best couple of months this year so far for new music before I bail out.  I tend to be someone who favors spotlighting new bands that I find interesting, rather than pining for the past.  But I have to say, several reunion bands made some pretty excellent music worth talking about.  And, of course, Unsane never broke up, they just went on pause for a few years and have come back to remind you why they own heavy, mean-spirited music. 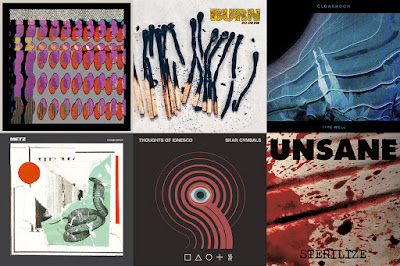