Fresh for 2019, or considering we're already two months into the new year maybe more like 'close to expiration date'.  Amirite?
Between announcements about new records coming out and doing the weekly retrospective series there has not been much time to dedicate to posting up new reviews.  And to be blunt, I do not expect to dedicate as much time to them this year as I have in the past.  But some stuff has come my way and I don't want to be a jerk and ignore it.  So I wrote what came down and here we are.  It's a real mixed bag, I'll tell you that much.  But that always keeps things interesting.  So here you go. 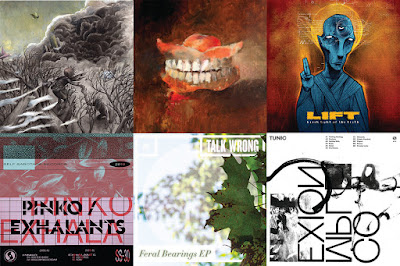