I'd been thinking that it was sort of a slow year for new music that really caught my attention.  I mean, there's been some good stuff, sure.  But no real record of the year sort of contenders for me yet...  until all this stuff suddenly came out.  Just in this batch of reviews I'm counting at least 3-4 year end favorites.  And a lot of Relapse stuff.  They put out a lot of stuff recently that I like, no favoritism or payoffs present.  So take that as you will.  Perhaps I'm just getting more picky in my old age.  Whatever the case you ultimately can be the judge, I'm just the tour guide. 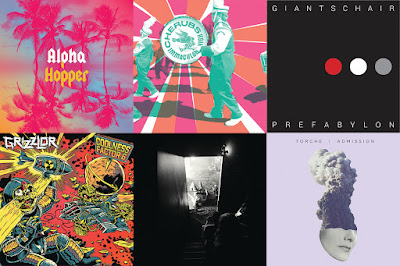