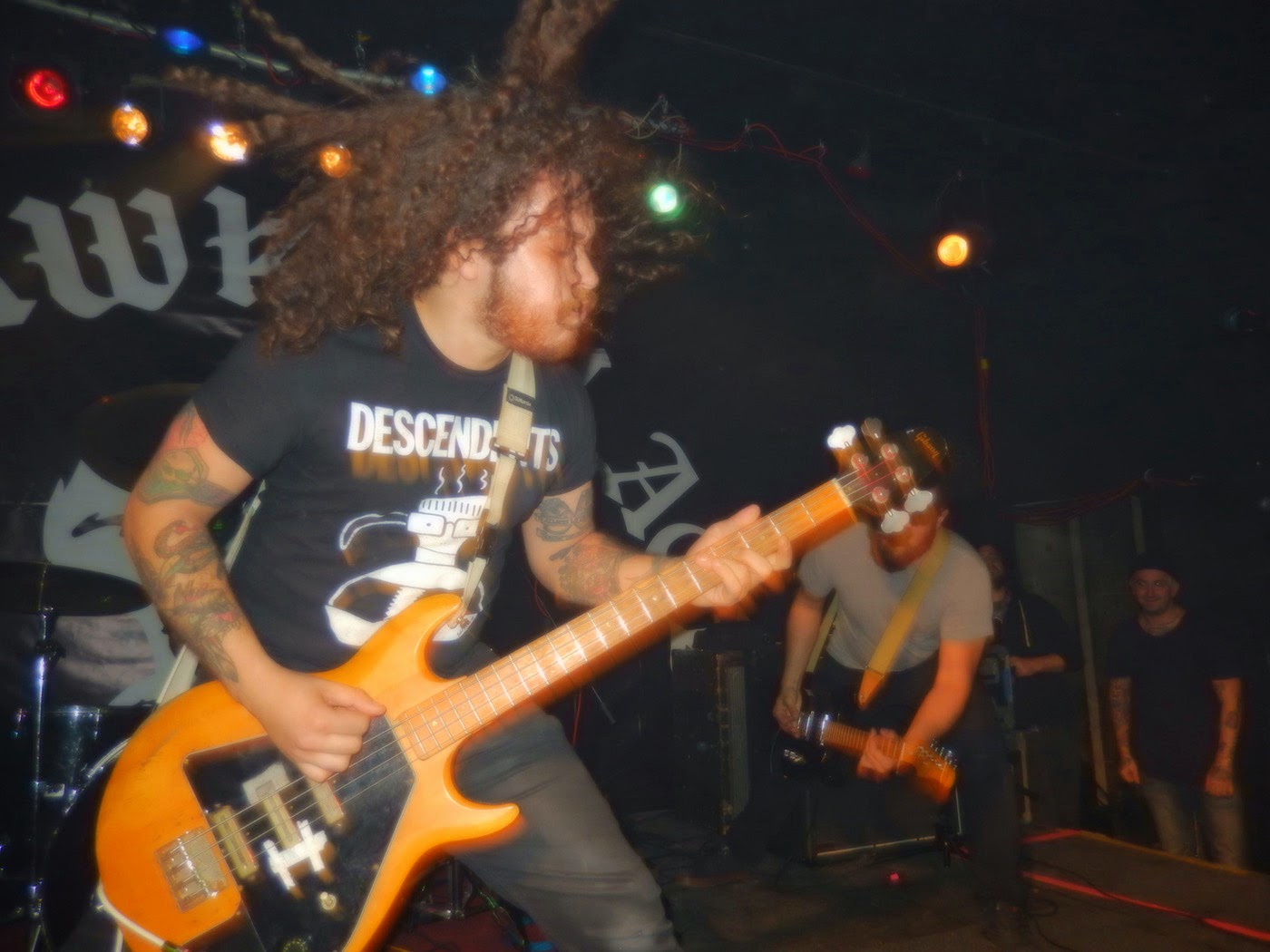 TORCHE/ NOTHING/ WRONG- Mohawk Place, Buffalo, 3.23.15
First off, I’m stoked to see that the legendary Mohawk Place in Buffalo is open for business again.  They were out of commission for a year or two there, but are back to booking quality shows once again.  It’s a great spot to see a show where you expect a couple hundred people.  If it gets to capacity it can be a bit of a tight fit, and there’s literally nothing of interest whatsoever surrounding it in Buffalo’s oft-desolate downtown.  Minor gripes aside, it’s one of my favorite places to see bands in my old stomping grounds of Western New York.
I was in a big hurry to get up in town seeing as I worked until 5 and doors were at 7 and it was a two hour drive from Syracuse.  There was no way in hell I was going to miss Wrong.  They are easily my favorite new band to emerge in quite some time and I wanted to see how they played live, to see if it equaled the crushing power displayed on their EP.  My team and I got in and simply assumed they would start bands no later than 8 or 8:30.  Yet for some reason the sound guy didn’t do jack shit until almost 9PM.  And then he had to switch out a bunch of non-functioning cables.  One would think that is something to check off the ‘to-do’ list before the bands even show up- make sure your shit works.  This may sound like the crankypants whining of an old codger, but keep in mind it was a Monday, everyone I rolled up with just worked a full day and we all had to go back to work again the next morning, and had a two hour drive back home.  So yeah, get on with the fucking show.
So finally Wrong get on the stage.  They open with “Call It”, the heaviest, dirg-iest song on the “Stop Giving” record and it all sounds monstrous.  Not one neck in the whole joint would go home un-sore tonight.  Not only did the band play flawlessly, but viciously, loudly, dirty, and hard as a wrecking ball through a brick tower.  They had a touring lineup going, with the two main songwriters on guitar, Rick from Torche filling in on drums, and a bassist who had all the energy of an ’88 Youth Of Today show decked out in heavy metal garb.  I’m wondering if the real lineup of the band has this much energy and fun?  To top it off, most of the material they played was from a nearly-finished full length due out some time later this year.  If what they played is any indication of what’s to come I think I already know what my favorite record of the year will be.  Early Helmet fans rejoice, as this is clearly the second coming in the most legit way possible. 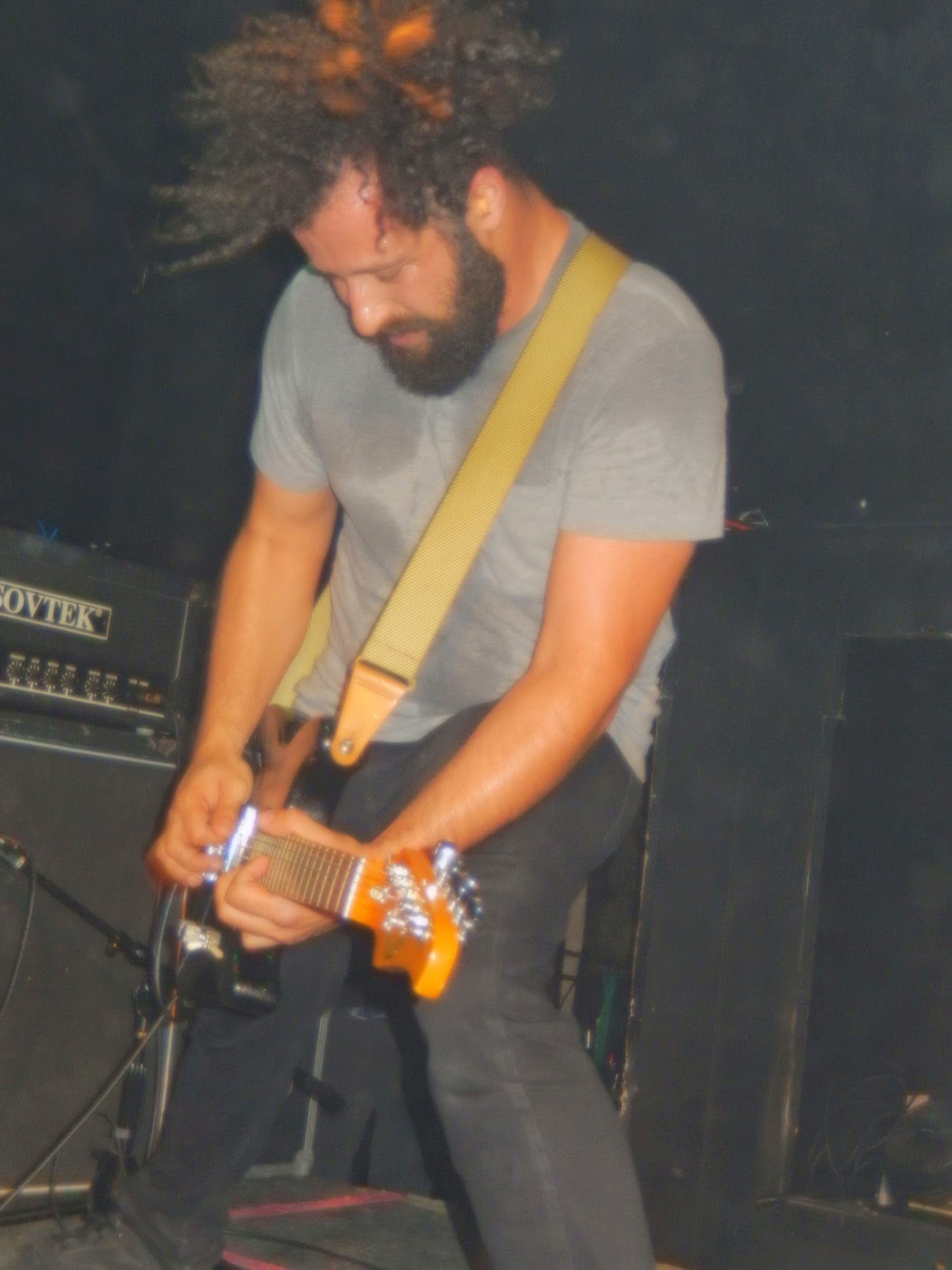 Nothing got on next.  I saw this band in their hometown of Philly last Summer and maybe it was the room they played (the ever-awesome First Unitarian), but it wasn’t doing them any favors then because the sound was muddy, muffled, and weird.  Tonight proved different.  I think the band does better in a smaller space such as this because things came out more clear.  At times they crushed it, and at others I wasn’t feeling it.  But that bass tone was incredibly present and at the front at all times, no matter where I was standing.  It definitely added some ‘oomph’ to the band as I enjoy what they do (doped-up stony shoegaze with heavy nods to 90’s alt-rock), but am not really swayed by the overwhelming hype heaped upon them.  They’re good, but not the best.
I never thought I’d wish for Torche to play a shorter set, only because it was getting late and old guys need sleep.  But they didn’t go on until after 11 and didn’t finish until well after midnight.  Even they seemed a little bored by their own performance halfway through.  Having seen them probably a dozen times they tend to open strong, get a little dull in the middle, and then absolutely slay it at the end.  This was no different.  They opened with a pair of incredible cuts from “Meandrathal”, and then broke into a few of the more poppy hits they are known for.  Then came the obligatory bum rush of “In Return” (which, even if they get sick of playing it, they pretty much have to play at every show for the rest of their lives because it’s just that good of a song), followed by what felt like too many songs off the somewhat lacking “Harmonicraft”.  I know a lot of people prefer to see a band with a thick catalog just play the stuff they know from the past, but honestly, I dig the new Torche album so much I just wanted to see them play a ton of stuff off of that.  And they got to it.  And it all sounded great in the live setting.  But as I began to nod off a bit they went and switched guitars and I knew it was all over from there.  “Barrier Hammer”, “March Of the Brown Recluse”, “Undone”, bomb strings galore, eardrums sizzled, chests caved in from the boom.  You know the deal.  No “Tarpit Carnivore”, but hey, “Barrier Hammer” is the new “Tarpit” so get into it.
We all promptly broke out right after that last note, stopped just in time to get some Mighty Taco (because none of us had eaten for at least 8 hours) right before they closed, and got the fuck out of dodge.  I talked Adam up the entire way back, somehow not delirious from lack of sleep, and got back to Syracuse sometime after 3AM.  And as soon as I walked in my door, and knew I had to be up in 4 hours or so for work, it hit me just how tired I was and I quickly hit the sack, comforted in my ringing ears and stiff neck.
Posted by Hex Records at 8:20 PM