I’ve been so caught up with all this new record releasing business that I sometimes forget I utilize this site for reviews and whatnot from time to time.  So lets rewind way back to late May when I took a trip down to NYC to catch 108 bust out two sets in one day. 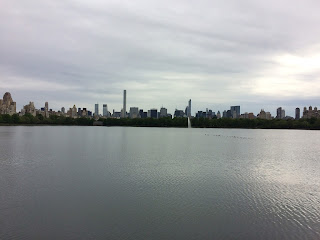 I got into town a day early so I could do some NYC stuff.  Typically when I visit I tend to just find whatever new vegan restaurant has opened up before catching a show and then crashing somewhere in Brooklyn, which I’ve done a lot.  So I thought I’d go back to things I haven’t done since I was a little kid and my dad brought me down to the city several times to do tourist stuff, as well as go to museums and see art.

I hadn’t been to Central Park intentionally since I was probably about 13. I decided that was as good of a place to start.  I walked from 70th through the park probably up to about 90th and halfway around the reservoir.  It was a pretty good, long walk. My intention was to walk back in time to get to the Natural History Museum before it closed, but I was too late.  Got some food at a nearby place and then trekked it all the way out to Kew Gardens, Queens where I stayed with some friends who had just bought a condo.  It’s weird to stay in an area of town where people had lawns.  Within a couple blocks of getting off the subway one could easily confuse this section of NYC with a suburb of Syracuse.  It was strange.  But it was nice to stay in a place with space.  I’ll never understand how any of my other friends in this city subject themselves to living in those tiny-ass railroad apartments.  It makes no sense.  Here I had my own room and a book about the history of Def Jam Records to lull me to sleep. 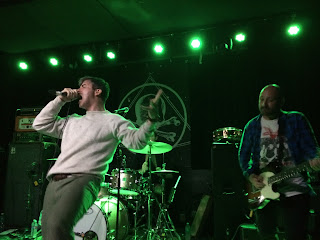 OK, so what about the shows.  Oh yeah, that happened too.  So, as I arrived at St. Vitus Sweet Jesus was just getting started.  These Providence/Boston dudes have been in a million bands and are continually active people doing a plethora of different-sounding, but all quite vital, bands.  Their singer, Pat Flynn talks a lot between songs.  It’s always good to have a frontman who has something to say, but I think he may have gone on a bit too long.  The point has been made, no need to drill it in further.  I made that mistake early on when fronting bands, not to go on for too long unnecessarily.  I figure a dude with a lengthy track record such as his would pick up on that as well.  But at least almost every between-song rant ended with some nod to how if you liked Sweet Jesus you should just go listen to Swiz, or pick up a Jason Farrell record instead.  It was pretty funny and lent a good vibe to the already awesome live delivery they had.  If you never heard the group think late 80’s/early 90’s Dischord hardcore.  Or for a more recent example think Give.

Blacklisted have never done it for me.  I’ve seen them multiple times in their various forms and none of it has ever resonated with me.  I could never get into the dudes voice, or his lyrics.  Some of the music is good, but it sounded muddled here and I can’t make out shit.  I’ve tried Blacklisted, I really have.  I just can’t hang.  It’s not you, it’s me. 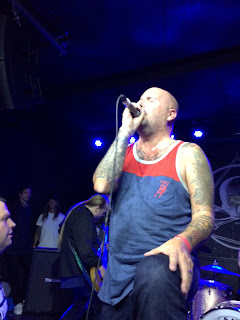 So 108 does set number one.  It’s all stuff from “Holyname” and “Songs Of Separation”.  It never occurred to me until just now how much the song “Holyname” has a total Cro-Mags vibe to it.  It sure is a hell of a ripper to begin a set with.  From there on out basically every song that one would want to hear from those two records was played…  except “I Am Not”, which is not only one of my favorite songs, but I’m also pretty sure that in all my times of seeing 108 they have never played it.
For the last four songs they brought out Kate-0-8 to play second guitar with the band.  She may look like a full-on soccer mom these days but she was raging pretty hard and singing along with all of the pile-ons.  Not too fucking shabby.  Additionally, I may add, “Deathbed” will never not bring me to the verge of tears when they play it. 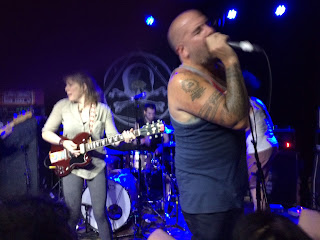 As an aside, I managed to run into a lot of unexpected people here as well.  There barely any NYC people I knew present, but plenty of random, unexpected folks from all over the place showed up to enjoy the show(s).  Friends from NJ, Philly, Albany, and even Norfolk, VA were in attendance and it’s pretty wonderful that this music in a small venue can drag people from distant locales to all sing along and have fun.  So between the two shows I made it my business to get some eats with some of these fine folks before heading back for set #2.

I again start things off by catching a portion of Sweet Jesus set.  They deliver more jokes about Jason Farrell worship, more excessive banter that is half ‘right on!’ and half ‘OK, I got it two minutes ago’, and more awesome songs.
Blacklisted sounds a bit better this time around, but I’m still not feeling it.
108 set number two is all “Threefold Misery” and later (more recent) material and I’m totally OK with that.  Unpopular opinion- I think “Threefold Misery” is my overall favorite record of theirs.  But my feeling on that is that the first time I ever saw 108 “Songs Of Separation” had already been out for a little bit and I was so impressed with seeing them that day that I went out and got the record right after.  But “Threefold misery” was the first record of theirs to come out where I was already into the band and saw them play stuff off that release when they toured on it, so it has a bit more personal relevance to me.  Plus, the bass tone on that record is so ridiculously awesome and heavy. 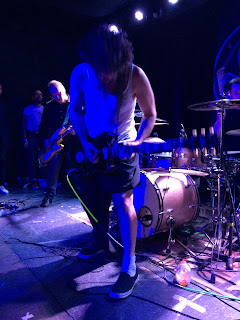 So anyway, they played the entire record.  The whole thing.  They also tossed in a couple songs from “Curse Of Instinct”, a few from “New Beat…” and “18:61”, which I feel are all excellent records.  108 is a rare example of a band that does reunion records that hold up just as well with all their classic stuff.  The band pulls a little cheat move at the end and plays “Solitary” again with Norm Brannon playing second guitar for them, as he was a member of the band for a short time.  The whole ting was extremely well done and extremely exhausting as well.  They must have played about 30 songs total between both sets. 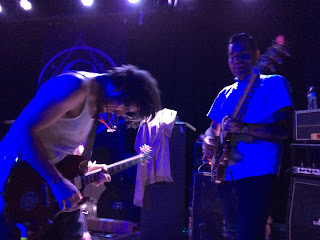 From here it’s the long trek home.  I catch up with my friend from Norfolk as we’re both leaving from the Port Authority at approximately the same time.  So we take the subway back and catch up on old shit while waiting for our respective buses.  My stupid bus doesn’t take off until well after midnight, after some screwed up plans on Greyhound’s end that results in my bus being packed, not allowing me any space to sleep.  I rolled back to town at 5AM, took a nap, and went to dumb work.  Somehow I was still energized from the incredible shows and plowed through my day with relative ease.

There's a good video of the 108 set over here if you want to check it all out!
Posted by Hex Records at 7:17 PM