Generally speaking, these days most of the stuff I end up reviewing are things I am personally interested in and seek out on my own, and then I feel compelled to write about it.  But I still get solicitations here and there and do my best to write something up about the ones I find unique in one way or another.  In the last month or so I've had more solicitations than usual and so there is a fairly eclectic array of stuff on this list this time around.  Oh, and the past review is from one of my favorite, and oft-overlooked, DC bands as they had a short-lived tenure.  But, ya know, big surprise that I write up something about a DC band right? 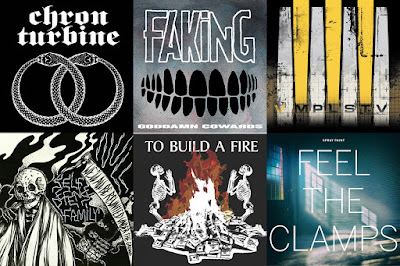